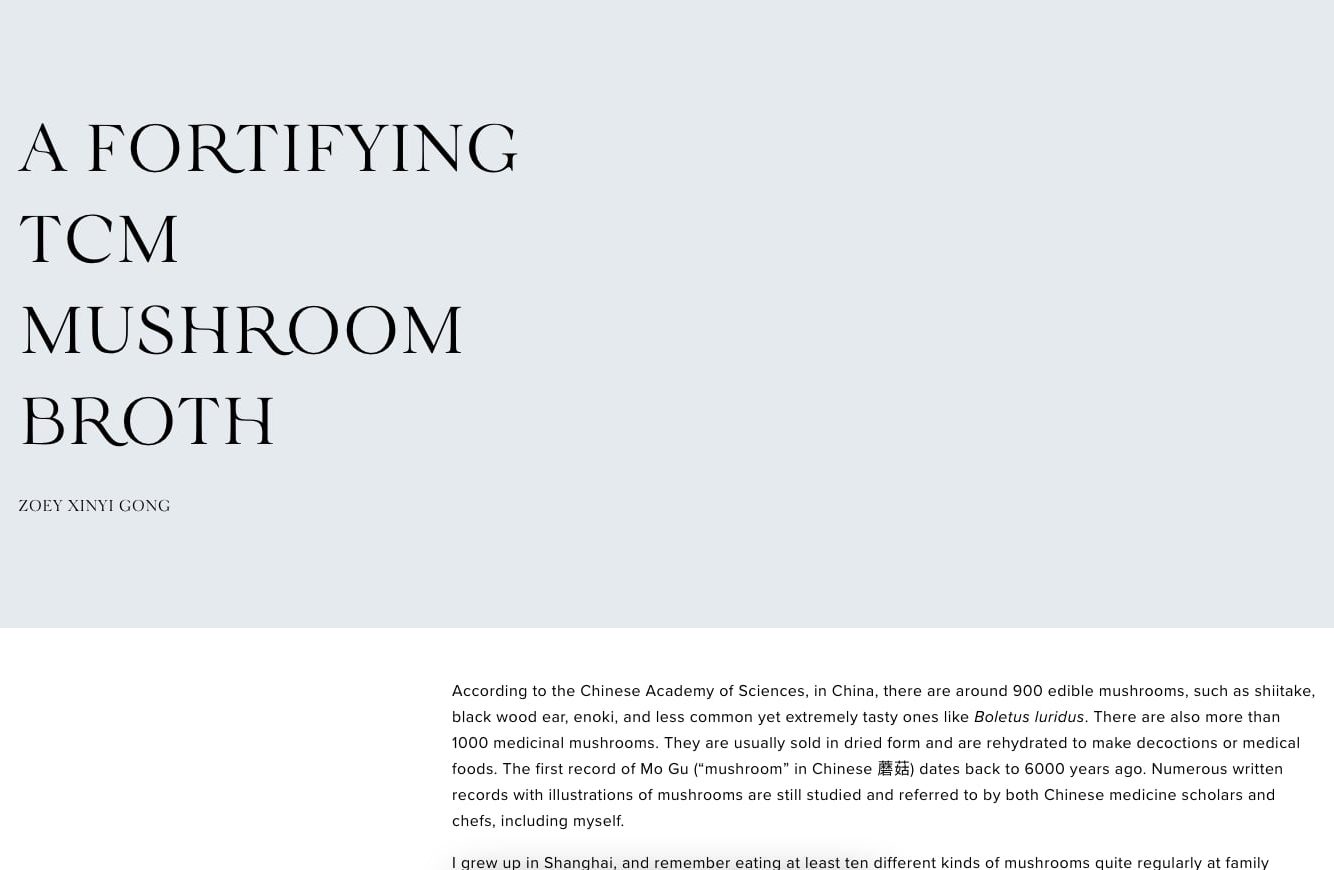 According to the Chinese Academy of Sciences, in China, there are around 900 edible mushrooms, such as shiitake, black wood ear, enoki, and less common yet extremely tasty ones like Boletus luridus. There are also more than 1000 medicinal mushrooms. They are usually sold in dried form and are rehydrated to make decoctions or medical foods. The first record of Mo Gu (“mushroom” in Chinese 蘑菇) dates back to 6000 years ago. Numerous written records with illustrations of mushrooms are still studied and referred to by both Chinese medicine scholars and chefs, including myself.

I grew up in Shanghai, and remember eating at least ten different kinds of mushrooms quite regularly at family dinners. And it’s not just a family tradition; in Yunnan province – home to more than 200 kinds of edible mushrooms – the locals cannot live without eating foraged mushrooms daily. The most delicious ones, according to my Yunnan friends, are often poisonous when uncooked – and hallucinogenic! They sometimes call their mushroom season “time for small humans” because the most common hallucination is seeing tiny people.

I’m often asked about hallucinogens in Chinese medicine. The Chinese literature on psychedelic mushrooms exists, but is very limited. Despite that, I do believe that they have been used by the Chinese, as the Director of the Mycological Society of China, Peigui Liu, mentions that there are at least 50-60 kinds of psychedelic mushrooms native to China, and so statistically I suspect that the taoists or the shamans in ancient China were not unfamiliar with their properties. I hope we will learn more when Chinese researchers begin to look further into psychedelics. Perhaps they could start in Yunnan!

In Traditional Chinese Medicine (TCM) food therapy, reishi, fu ling, lion’s mane, zhu ling, and cordyceps are among the most commonly used mushrooms. They are used, alongside other ingredients, to treat conditions, from headache, to dampness accumulation, to irritability. As a TCM chef and nutritionist, I use around 30 kinds of mushrooms regularly in cuisine, and once hosted a mushroom-themed dinner, featuring more than 25 kinds of mushrooms in 10 courses.

I find that in the West the potential of cooking with mushrooms has not been explored fully; there is so much more to the gastronomy of fungi than scattering button caps on pizza. I use powdered wood ear mushrooms as a natural thickener in soup; I combine reishi powder with cacao powder to make tiramisu; I stuff morel with shrimp paste for steaming… the potential is endless. And the best part – all these uses of mushrooms have a corresponding role in regulating and balancing the internal systems that keep us healthy.

This recipe is mushroom-heavy yet simple, using both dried and fresh fungi. The TCM analysis of this dish suggests that it is neutral and sweet in energetics, so it’s suitable for all seasons. It enters the liver, lung, and stomach meridians, benefiting the stomach meridian and strengthening the spleen meridian. It also has the overall benefit of strengthening the immune system and helping protect against many ailments. I hope this recipe will encourage you to expand your pantry, and to always use your imagination when cooking with mushrooms!

For the broth (makes 1 quart):

*Note: You can feel free to substitute any of the mush- rooms. As long as you use at least 3 different kinds and the total volume is around 2 cups.

*Note: You can feel free to use any fresh mushrooms you prefer, but these are my recommendations. 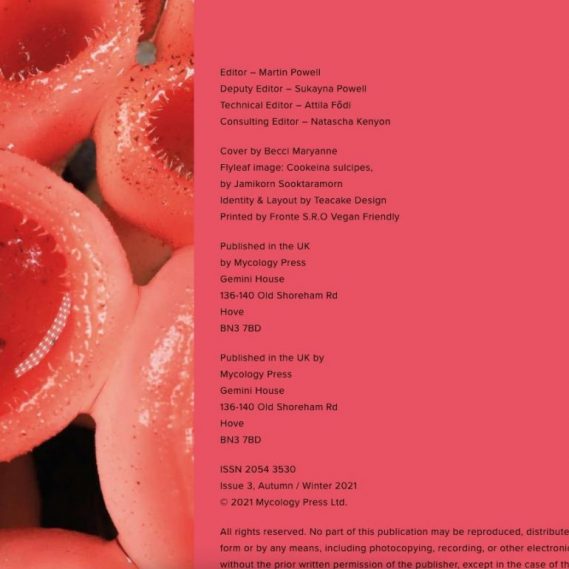