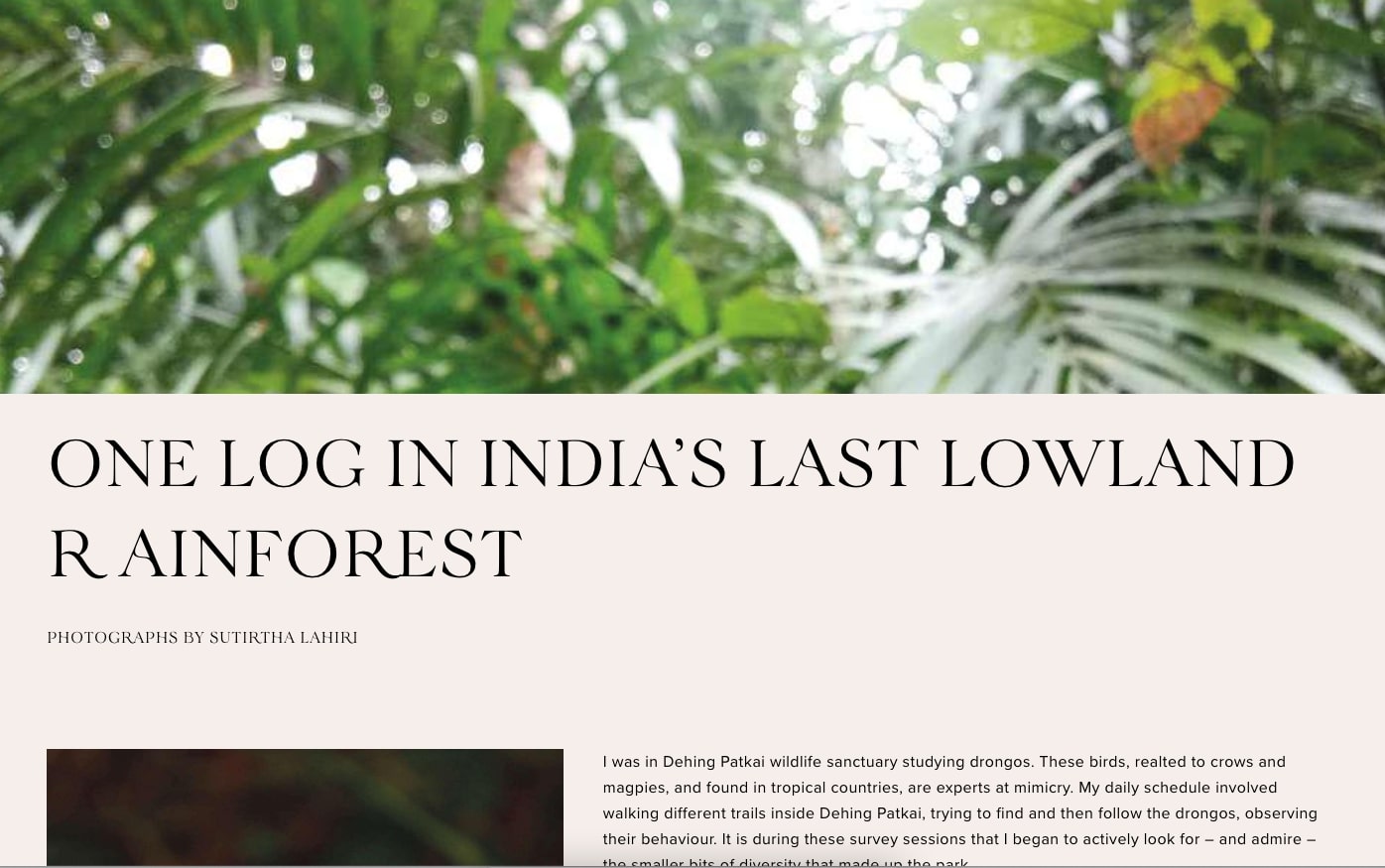 I was in Dehing Patkai wildlife sanctuary studying drongos. These birds, realted to crows and magpies, and found in tropical countries, are experts at mimicry. My daily schedule involved walking different trails inside Dehing Patkai, trying to find and then follow the drongos, observing their behaviour. It is during these survey sessions that I began to actively look for – and admire – the smaller bits of diversity that made up the park.

Every day, while walking the Kothalguri trail of Jeypore Reserve Forest – the last remaining lowland rainforest in India – I would have to jump over a large tree fallen across the road. Being at roughly the 500-metre mark, this tree – long dead – meant a preliminary estimate of distance, nothing else. As a researcher I was generally too caught up following my subject-species to give much mind to anything else. Towering dipterocarp trees all around me meant an almost closed canopy with very little sunlight coming in – making it much easier to focus on the movement of birds than the ‘static’ forest. One particular day, however, I happened to look down at the log, and I saw something beautiful. A bright orange mushroom growing near the base, with a small puddle of water on it reflecting this towering canopy. I was mesmerised. Looking around further, I saw the abundance of life on this fallen log which I had casually passed off as ‘dead’!

For someone who had no idea about their lives and habitats, it was mesmerising to observe the diversity of mushrooms in just one log: underneath the moss-laden tree trunk, larger, drab looking mush rooms almost camouflaging and darkened with age; a string of brown-ringed mushrooms growing together, like a family; small orange mushrooms at the top of the trunk, holding a droplet of water and shimmering in the little sunlight that penetrated the canopy; and a deep-brown/black mushroom with a prominent white border on the side of the trunk. Presumably these locations have a deeper ecological significance that I was oblivious to.

And of course, the mushrooms were not alone. Spiders resting next to a mushroom of the same size; some ants harvesting the sweet nectar-like particles of yet another mushroom; frogs and snakes living inside crevices – there was everything! Over the course of four months, I would stop by and observe this log whenever I had the chance. Every time it would be different. There would be some species of mushroom missing, only to be replaced by yet another, with a different shape, a different size, a different story. Where I had previously seen baby mushrooms growing with the older, matured ones, I would sometimes find them well into their teens.

Identifying the mushroom species is a project that I have not yet taken up, mostly due to my lack of any local taxonomic key to even begin naming them. The close-knit diversity in this one location warrants not just some serious scientific studies, but also some of the aesthetic and imaginative appreciation that is almost always hogged by single, larger, more ‘charismatic’ species. This photostory is my way of contributing something to that gap. 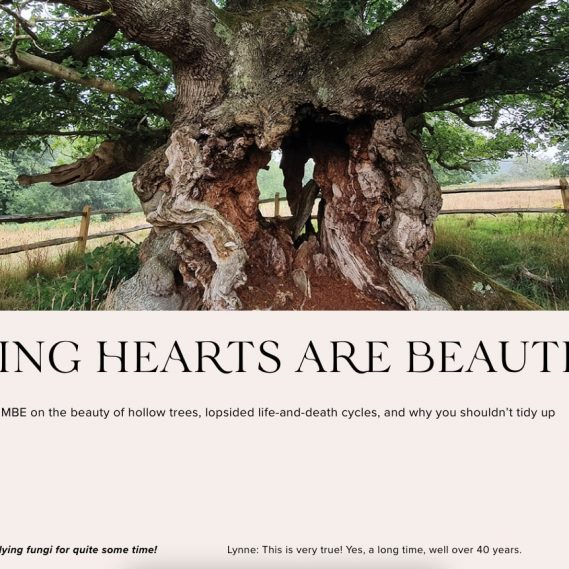 Rotting Hearts Are Beautiful
We use cookies on our website to give you the most relevant experience by remembering your preferences and repeat visits. By clicking “Accept All”, you consent to the use of ALL the cookies. However, you may visit "Cookie Settings" to provide a controlled consent.
Cookie SettingsAccept All