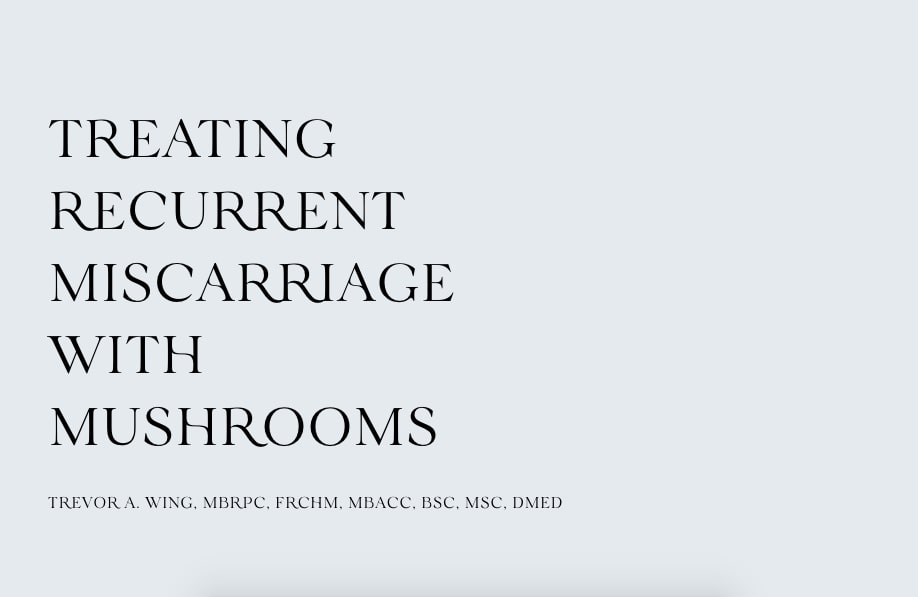 Dr Wing is a clinician, researcher and lecturer in female health. He is a Fellow of the Royal Society of Medicine and founder of the Women’s Natural Health Clinic, Richmond, UK which specialises in providing comprehensive reproductive, gynaecological, obstetric and general healthcare for women from adolescence to post-menopause with individually tailored treatment plans combining acupuncture, herbal medicine, naturopathic medicine, nutritional therapy, exercise and lifestyle based on integrated traditional and conventional medical diagnosis.

Miscarriage is the most common complication of human pregnancy. Approximately 15% of all pregnancies end in a miscarriage. 25% of people who become pregnant will experience at least one miscarriage with the risk increasing as one ages, from a 9.5% risk between the ages of twenty and twenty-four, to a 53.2% risk in people forty-four and older.

Best estimates today are that only about half the eggs an ovary releases are suitable for a successful pregnancy. Most of these chromosomally abnormal eggs are never identified as pregnancies. Either they do not divide to produce an embryo or foetus, or the conception is lost very soon after implantation. Most people are just a few days late for a menstrual period and think nothing of it. Many of these miscarriages are the result of our inbuilt ‘quality assurance’ system; which prevents foetal development continuing where there are chromosome abnormalities which would render the survival of the baby impossible. Chromosomally abnormal embryos have an inappropriate number of chromosomes, usually originating from the egg, although recent research has demonstrated that more come from abnormal sperm than we previously believed.

Recurrent miscarriage is usually defined as the loss of three or more consecutive pregnancies, and fortunately only 1% of couples fall into this group. However, if we include people who have experienced two consecutive miscarriages in the definition of recurrent miscarriage, the scale of the problem increases considerably and between three and five percent of couples will be affected. Even one miscarriage can be a traumatising and destabilising experience, and in cases of recurrence the emotional impact is only compounded with every instance.

We now know that in many of these cases, as well as cases of repeated failed IVF treatment cycles, the underlying cause is immunological. These immunological issues range from the development of antibodies to sperm to the failure to develop antibodies to leukocytes (the white blood cells involved in defending us from bacteria and virus-infected or malignant cells).

Conventional treatment for recurrent miscarriage and other related fertility issues includes the use of immunosuppressive systemic steroids, intralipids or immunoglobulin therapy. However, such treatment is not always effective, or is declined because of possible or evident side-effects. In such cases mushroom-based treatment can offer an effective alternative.

The Women’s Natural Health Clinic has been using mycotherapy to treat immunologically related infertility since 2006, using the immuno-modulatory action of mushroom polysaccharides to help restore healthy immune function prior to natural or assisted conception. The treatment plans are always bespoke and vary according to the nature of the condition but in general we have found good success with the following approaches to specific issues:

Elevated NK Cells Initially The Women’s Natural Health Clinic treated elevated NK cells with 4.5g/day of a combination of Cordyceps, Reishi and Coriolus before switching to 3g/day of Sanghuangporus sanghuang (Meshima / Mesima) based on research indicating strong modulatory action for S. sanghuang in autoimmune conditions. Since switching, the results at the eight week retest have improved significantly, despite the lower dose.

Low Leukocyte Antibodies Cordyceps shows clear dual directional immune-modulation and where there are low levels of leukocyte antibodies The Women’s Natural Health Clinic uses three grams per day of Cordyceps militaris in combination with three grams per day of a fifty/fifty mix of the herbs Astragalus membranaceus (Huang Qi) and Gentiana macrophylla (Qin Jiao), both of which show strong immune stimulating properties. After eight weeks the Leukocyte Antibody Detection (LAD) test is repeated to check for improvement.

Analysis of patients treated using mycology (and in some cases combination herbalism as outlined above) between 2006 and the end of 2019 shows the following results:

* Imbalances in cytokine ratios are not treated directly and generally track improvements in Natural Killer Cells and Leukocyte antibodies.

As these results show, although not a complete solution, in many cases mycotherapy has a clear ability to help correct immune imbalances that can have an adverse impact on the chance of a successful pregnancy. This is both in cases of elevated levels of immune activity and in cases with an underactive immune response in line with our understanding of mushrooms’ modulatory impact on the immune system.

The Women’s Natural Health Clinic continues to research the potential of mycotherapy to benefit those who seek our help. To date it has used a blend of concentrated hot-water mushroom fruiting body extracts with mycelial biomass grown on brown rice with an extended grow cycle and is currently exploring the use of higher concentration standardised extracts to see whether these can further improve treatment outcomes.

Listed in the official Chinese Pharmacopoeia with indications including: cancer, diabetes, HIV, angina, leucorrhoea, diarrhoea and accelerated wound healing, research has focussed on its polysaccharide and proteoglycan components although it also contains high levels of triterpenes and flavonoid-like polyphenol pigments with antioxidant, anti-inflammatory, cytotoxic and anti-viral effects. 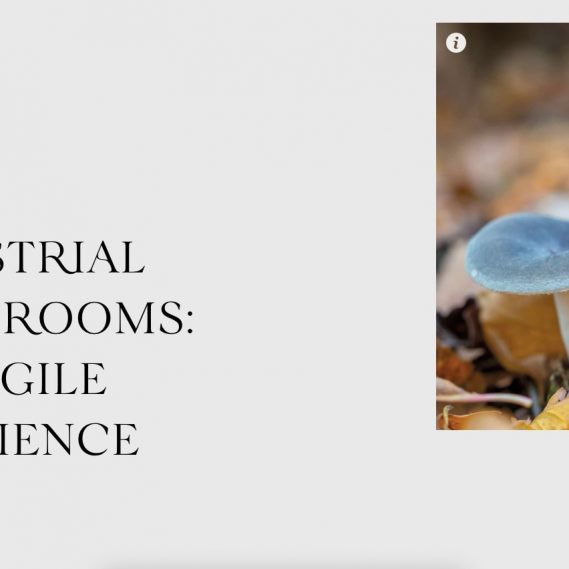 Post-industrial Mushrooms: A Fragile Resilience
We use cookies on our website to give you the most relevant experience by remembering your preferences and repeat visits. By clicking “Accept All”, you consent to the use of ALL the cookies. However, you may visit "Cookie Settings" to provide a controlled consent.
Cookie SettingsAccept All