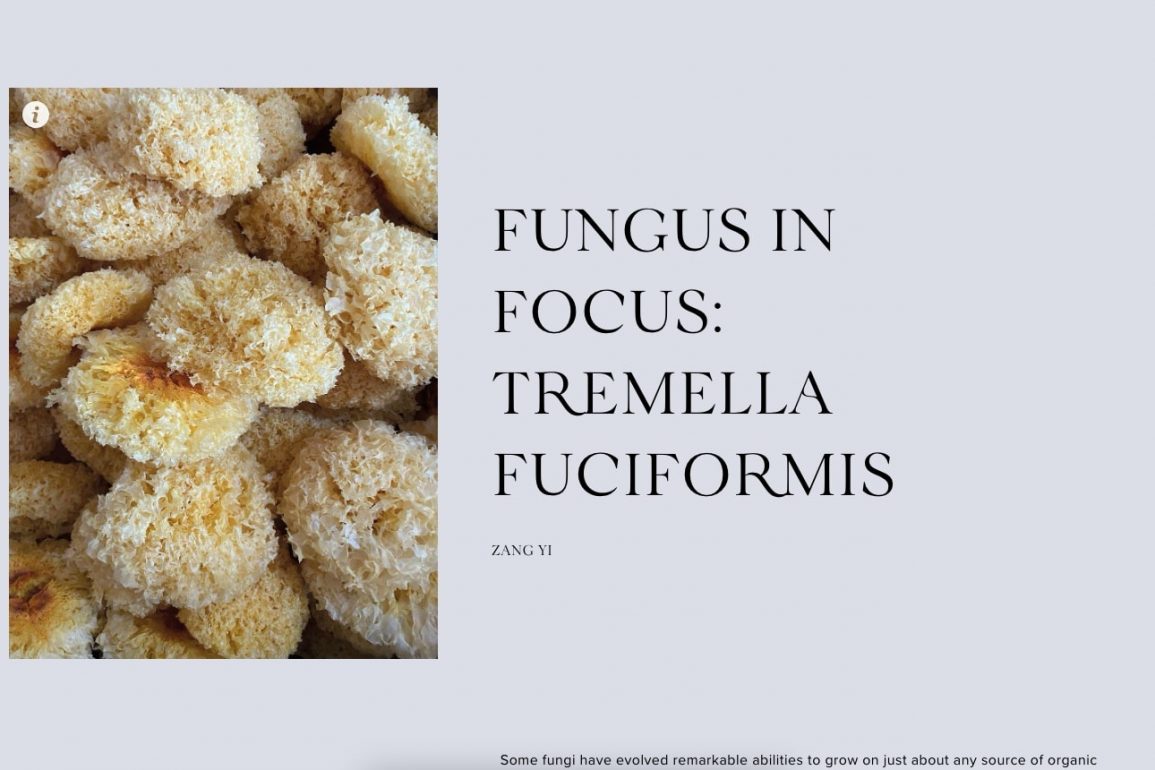 Some fungi have evolved remarkable abilities to grow on just about any source of organic material – even plastic – while others source organic matter from plants through mycorrhizal associations or from insects or other animals in whose bodies they live. There are also some who have eschewed the trouble of actually breaking down difficult to digest substrates, such as dead wood, by themselves, relying instead on other fungi to do this and then living parasitically on them. Tremella fuciformis is one such fungus.

Although the fruiting bodies appear to grow out of the log they are actually growing out of its host fungus, usually a species of the Annulohypoxylon genus, especially its preferred host Annulohypoxylon archeri. Because of this it presents unique challenges for cultivation. In addition it needs a very high moisture content and is also very sensitive to temperature changes, limiting its growing range.

Today more than 90% of the T. fuciformis grown in China is grown in GuTian, a small county in the foothills of the WuYi Shan mountain range in northern Fujian province where mushroom cultivation forms the backbone of the local economy. Cottonseed hulls are the major component used in its growing (82-88%), supplemented with wheat bran (11-16%), gypsum powder (1-2%), and with a water content of 55-60%. This blend is then formed into artificial logs 45cm long x 13cm diameter and weighing 1.5-1.7 kgs.

“IN THE WILD IT GROWS ON HARDWOOD LOGS, THE WHITE OR YELLOW, FROND-LIKE, GELATINOUS FRUITING BODIES FORMING AFTER HEAVY RAIN”

These logs are then inoculated with a combination of T. fuciformis and A. archeri and placed in growing sheds which are insulated due to T. fuciformis’ temperature sensitivity.

The main source of income for most mushroom farmers in China is the sale of whole mushrooms (fresh or dried) for the culinary market so appearances are very important. It’s commonly used in desserts, light soups, and some drinks – as well as for its crunchy texture in other dishes. Rejected misshapen or damaged fruiting bodies are separated and sold at a lower price for pharmaceutical processing into extracts or powders.

T. fuciformis is desirable as a pharmaceutical, cosmetic and herbal ingredient because of its unique polysaccharides. Unlike other mushrooms, its cell wall does not contain hetero-beta-glucans but rather is composed primarily of mannans and glucomannans with smaller amounts of xylose, gluconic acid and fucose.

These polysaccharides have shown diverse health benefits including: immune-modulatory, anti-inflammatory, antioxidant, increased microcirculation and improved brain function. They have also shown impressive moisture-retention properties and for this reason are appearing in an increasing number of cosmetic products with patents also issued in this regard.

As a consequence of the moisture absorbing properties of its polysaccharides hot-water extraction of T. fuciformis requires considerably more water than for most mushrooms (up to x100 by volume compared to x10 for Reishi), contributing to its higher environmental footprint. There are efforts to reduce this through techniques such as ultrasound or microwave-assisted extraction. In some cases manufacturers also use alkali extraction or the addition of enzymes prior to hot-water extraction in order to increase the quantity of extract produced although both have an impact on the structure of the polysaccharides in the resultant extract.

Further research is required into possible ways of reducing water consumption during extraction, consequences for the extract quality, as well as into ways of avoiding the use of additives like maltodextrin for reducing the stickiness of the extract produced.

When it comes to growing farmers could benefit from increased specialization with less need to focus on shape and colour when growing for extract or powder manufacture and there is also potential for research into the possibility of extracting T. fuciformis polysaccharides from T. fuciformis grown by liquid fermentation.

You’re likely to see more of T. fuciformis in the near future, as people look into its remarkable qualities. It is also likely that we will see more research looking at the related species Tremella mesenterica, sometimes referred to as Witch’s Butter or Golden Jelly Fungus and Naematelia aurantia (syn. Tremella aurantia), both of which are widespread in temperate regions with N. aurantialba also cultivated in China for its food and medicinal properties. 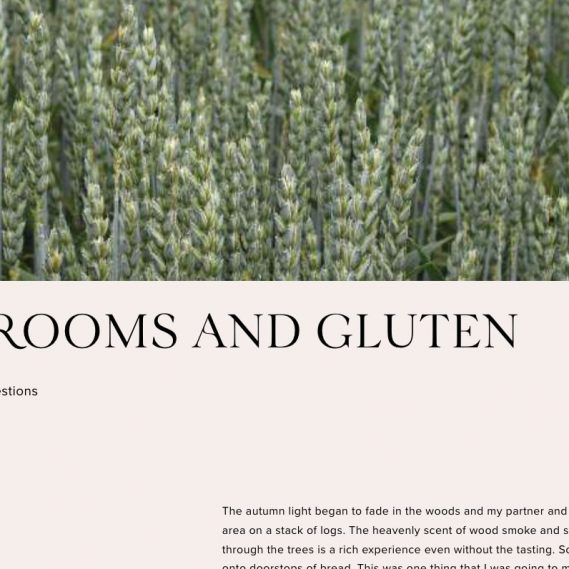 Mushrooms and Gluten
We use cookies on our website to give you the most relevant experience by remembering your preferences and repeat visits. By clicking “Accept All”, you consent to the use of ALL the cookies. However, you may visit "Cookie Settings" to provide a controlled consent.
Cookie SettingsAccept All